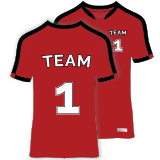 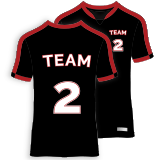 The 52nd season of the Europa League will be played in 2022-2023, as the competition will kick off on the 4th of August through the qualification rounds, and then the playoffs will be held in 18 & 25 of August, where the main action will begin when the group stages games start on the matchday 1 on September 8.

The Europa League games are usually played on Thursdays, and the Final will be played in Budapest, the city which will host its first major European men’s final at their amazing stadium Puskas Arena.

Europa League is back in action for another thrilling season full of ups and downs. Get ready to witness the most skilled and talented football teams in the Europa League take on each other one more time. 1BoxOffice provides some of the most desired European football tickets taking place across Europe. The Europa League is becoming ever more popular and coming out of the shadows from the UEFA Champions League, giving its fair share of world-class memories at the peak of club football.48 teams will begin the competition during the group stages, crossing across 12 groups of four teams. However, there can only be one champion! In the past ten seasons, Atletico Madrid has won the trophy three times, with La Liga rivals Sevilla winning the Europa League three times in a row between 2014 and 2016. Who will reach the Europa League Finals at Stadion Energa Gdansk in Gdansk, Poland, on 27 May 2020. Follow your team's road to success and book your Europa League tickets right now from 1BoxOffice. The winning team will be awarded a cash prize of €8,500,000 while the runners-up will still be awarded an impressive €4,500,000. With this much money to be won, be sure the teams will be relentless in making their way through the other teams.1BoxOffice stands proud that we have a huge selection of football tickets for Europa League matches taking place outside of the UK and have sold a large number of tickets for football clubs in Spain, Italy, Germany, and France. Arsenal, Chelsea, Manchester United, Inter Milan, and Sevilla are some of the popular teams to watch this season for the Europa League! If you want to watch any of the upcoming Europa League games live from the stadiums across Europe, buy your UEFA Europa League tickets now from 1BoxOffice! We guarantee safe delivery of all tickets purchased and have a secure online network, so you can sit back and relax.